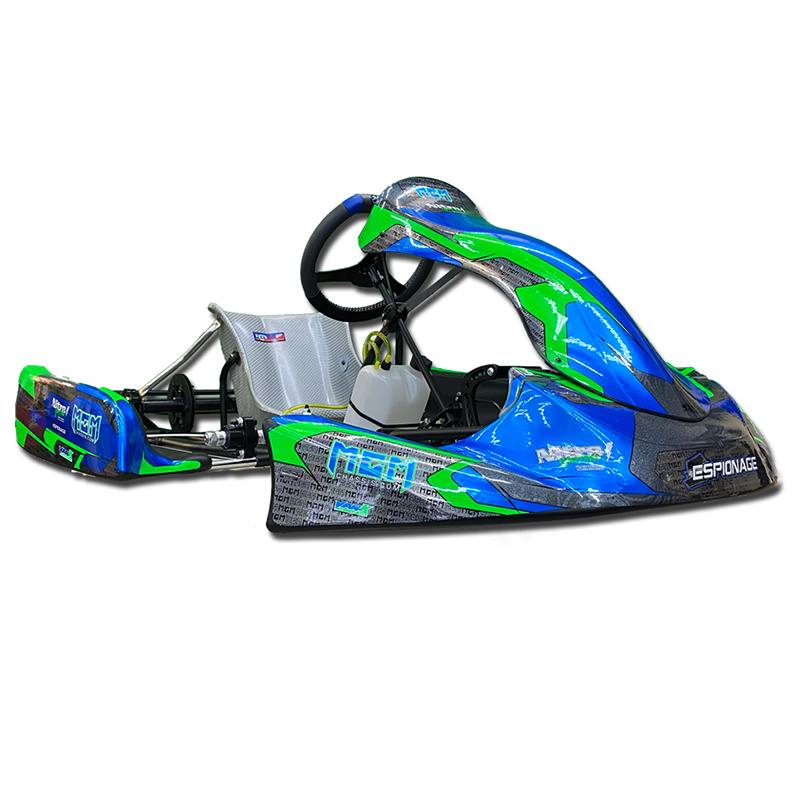 For over a decade we have worked to build new chassis, test new designs, try different tubing and utilize a wide range of setups to learn what our chassis liked best.  In 2016, after years of building and winning with our EXELON (sprint) and Slick 50 (road race) karts, we took our vast notebook and combined it with the latest technology in chromoly tubing straight from our NASCAR team friends in Charlotte to debut our new "ESPIONAGE."

The first Espionage was finished in spring 2016 and hit the track for testing shortly after. While fast and competitive, it still wasn't exactly what we were looking for.  We weren't going to sell a chassis we didn't 100 percent believe in!

So we scrapped it, studied what we liked and what we didn't, and went back to the drawing board to design and build another ESPIONAGE. When summer rolled around, MGM was ready with another new Espionage bullet.  Following testing and club racing at GoPro Motorplex and Carolina Motorsports Park, we knew we had what we were looking for... the 2017 Espionage was debuted!

With such great success, very little has changed on the Espionage since 2019. In 2020, Zach Linsell won the 206 Senior class championship in the Florida Winter Tour and Dylan Amundsen won the 206 Senior final at St. Petersburg before the COVID-19 pandemic slowed racing down in the spring. Once racing resumed later in the year, the Espionage went back to its winning ways with multiple feature wins and championships at GoPro's Karting Challenge, Charlotte Motor Speedway's revamped kart track, KRA at New Castle, CKNA, Maxxis Sprint and clubs around the country.

The 2022 Espionage is what you've been waiting for. Whether you're a club, regional or national competitor, the MGM Espionage is the best choice to go to battle in the ultra-competitive Briggs LO206 divisions. You won't be disappointed!  Contact us today for pricing and current lead time on new chassis. 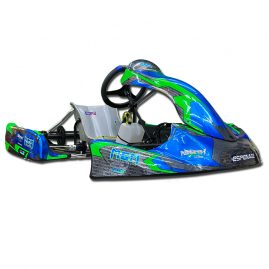 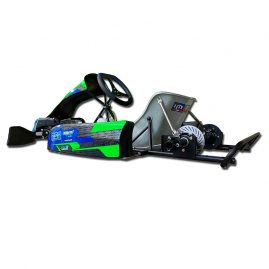 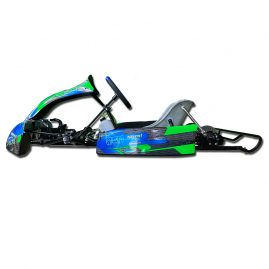 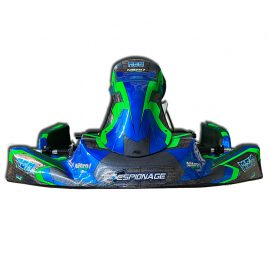